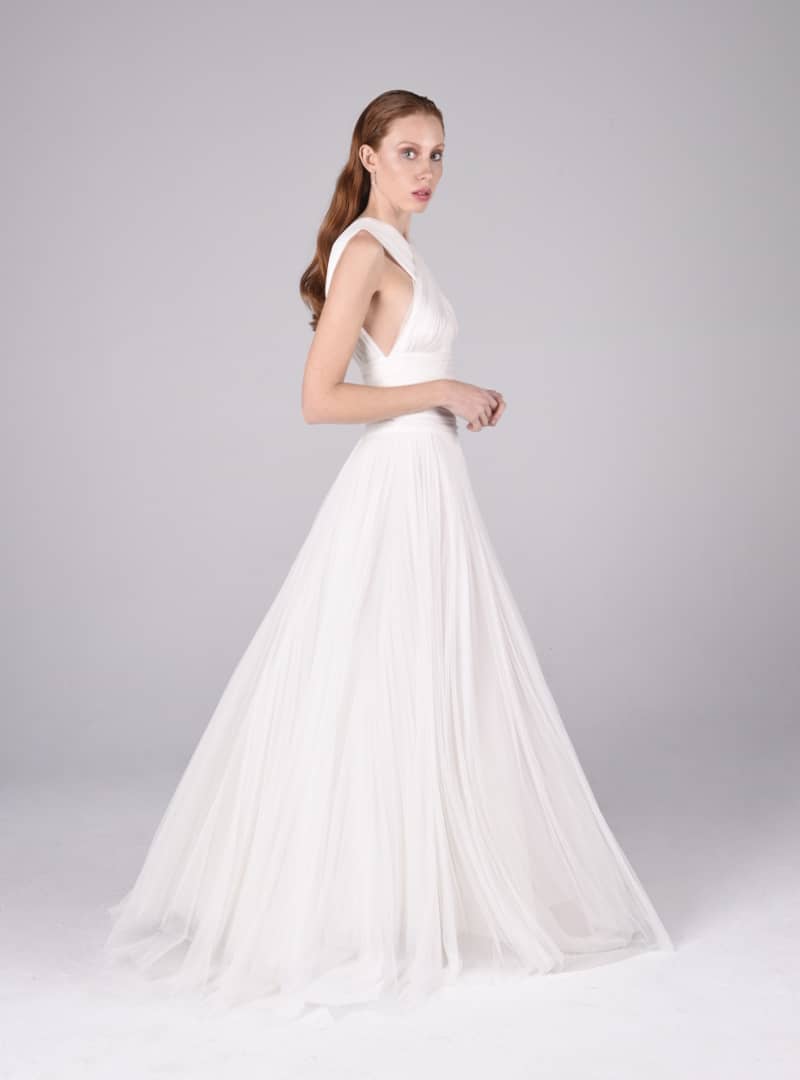 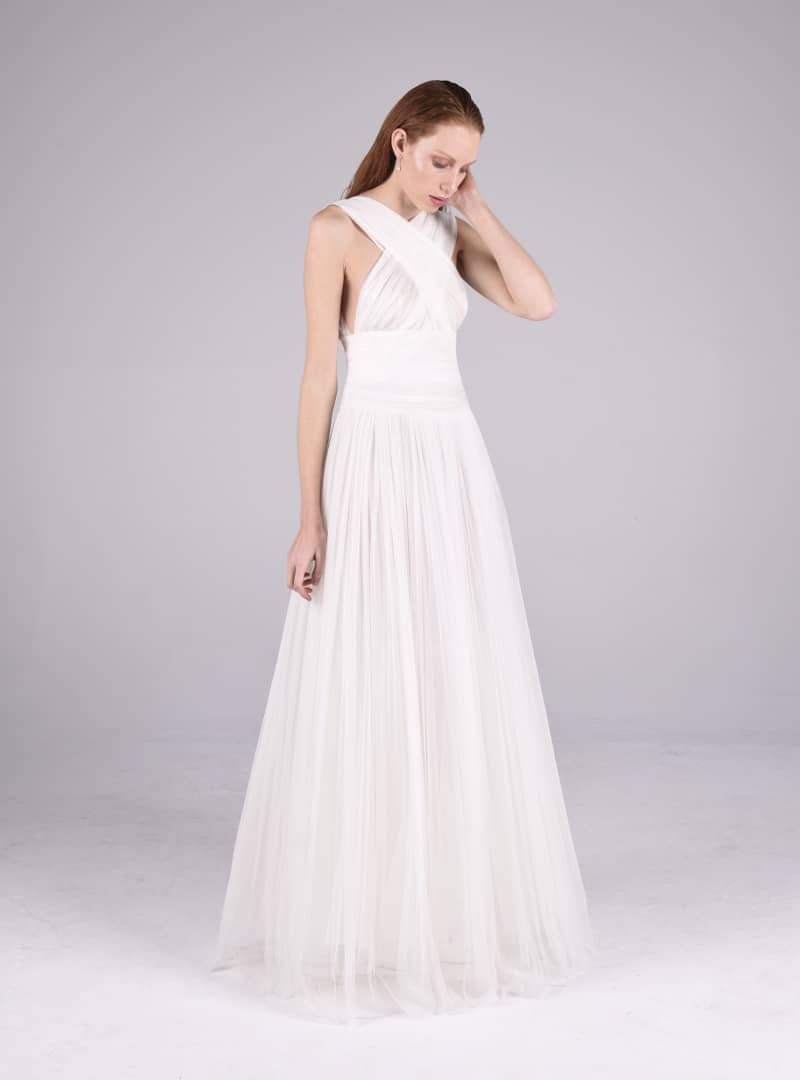 Valeria is a design of Haute Couture of contained line “A” that conjugates the tradition of the handcrafted draping of tulle of silk, with the modernity of a theme of trend. The dress line totally defines the waist, leaving an attractive square neckline on the back.

Valeria’s aesthetics captivates with the subtle matt appeal of silk tulle, pleated in the most natural and beautiful way as it is “by hand”.  The conversation of the craftsman with the material imprints a seal of unmistakable quality to the construction.

The draped silk mesh, crosses on the chest of the design in the form of an aspa exposing the shoulders and giving rise to a pronounced square neckline in the back. The waist is wrapped horizontally as a high sash, underlining the waist and suspended vertically along the deviated skirt.

The base structure supporting the work is composed:

Valeria is made to measure for bride and it is possible to make it in black or in color a la carte.