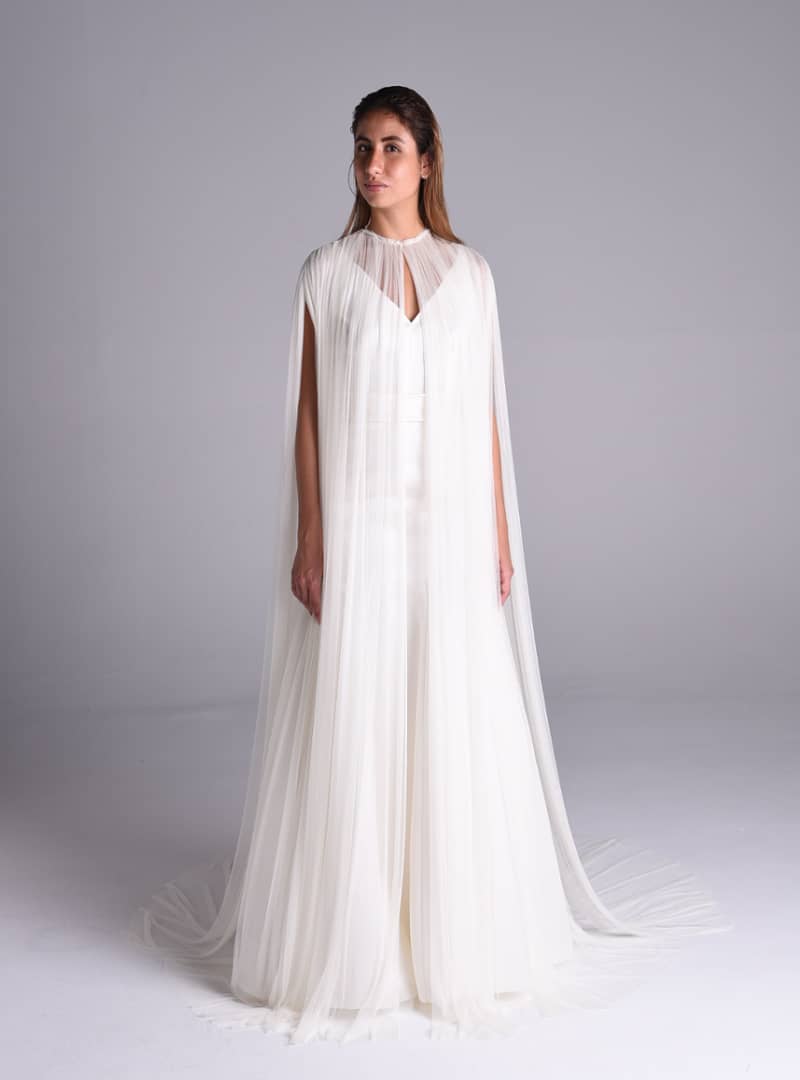 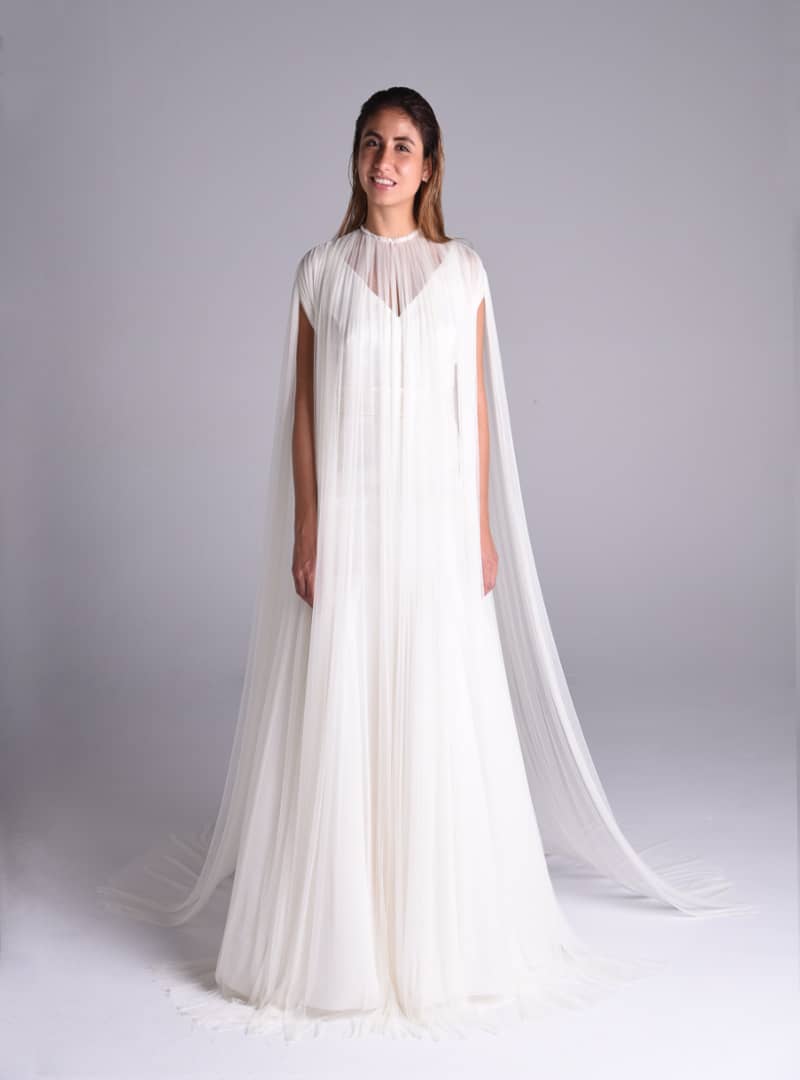 Beatrix is a bride’s cape made with silk tulle in a totally handmade way. Its design allows to show the arms and also incorporates a chapel tail.

It was Mr. Charles Frederick Worth (1825-1895), considered by history to be the father of Haute Couture, who elevated seamstresses to the social consideration of designers for their creativity and independence of ideas.
Unlike the seamstresses of his time, Worth devised and built his own totally original designs for his clients.
The term “designer” became relevant, the fact of signing his creations, in the same way that artists from other fields such as literature or painting did.
Among his apprentices stand out Haute Couture references such as Christian Dior, Cristóbal Balenciaga or Coco Chanel.

In the purest Haute Couture style of the last century, Beatrix is presented as a refined piece without ostentation.
It is a layer of inverted “U” line, with a long line passing the feet and tail in its back hanging from the shoulders. Its pattern shows the arms through lateral openings and closes in the centre of its front neckline.
Built with natural silk tulle pleated by hand, Beatrix is the ideal design to enhance and complement the look in wedding dresses of royal cut and generous necklines, given the subtle richness of its appearance and attractive transparency.